Please note that there is a limited number of places for each tour. Therefore the “first come, first served” rule will apply. 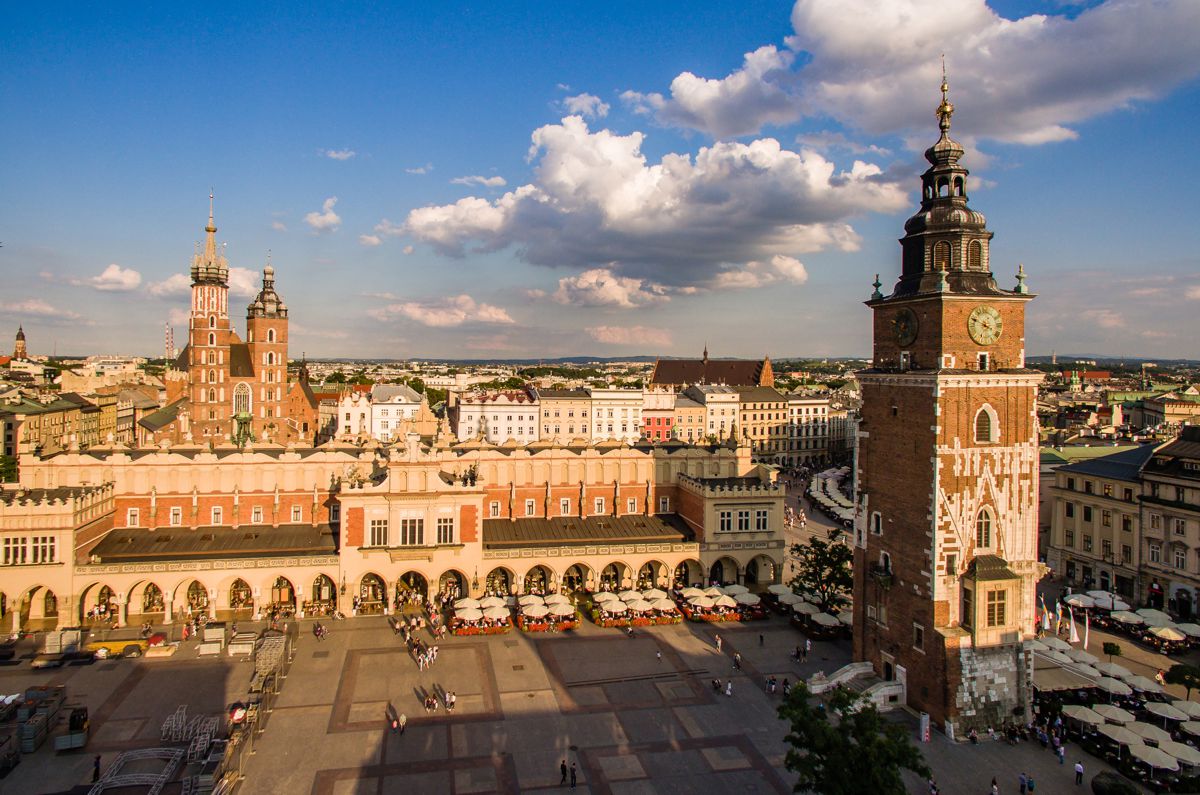 The tour starts from the church of the Holy Cross at 14.00.

Krakow - the seat of the royal court, and the city of churches and monasteries, has a long musical history. A small part of it will be presented during the "Musical Cracow" tour. The route will start at the church of the Holy Cross, situated next to the no longer existing monastery of the Holy Spirit, where the famous sixteenth-century organ tablature comes from. Several works from this tablature will be played on the reconstructed pipe organ there. Along the route, there will be the churches of Piarists, Jesuits, Dominicans and Poor Clares, which are known from their rich musical life. Then, the tour will reach the Wawel Hill and the Cathedral, where the royal cappella and other musical ensembles with well-known composers (such as Franciszek Lilius or Bartłomiej Pękiel) used to perform. Finally, the visitors will walk along the boulevards of the Vistula River to the Pauline Church “on the Rock” (Na Skałce), where – next to many famous figures – Karol Szymanowski is buried.

The route covering the distance from the medieval Barbican to the Wawel Castle is a “must see” for all visitors to Krakow. The Royal Road goes along Floriańska Street to the Main Square (Rynek Główny) and then leads down Grodzka Street to the Wawel Hill with the old royal residence and the Cathedral. Along the Royal Road, you can admire historic townhouses and churches, such as the most famous one – St Mary’s Church, known from the largest gothic altar in the world and the trumpet melody played hourly from the highest tower, and others of exceptional architecture, like the Baroque Church of Saints Peter and Paul, and St Andrew Church built in Romanesque style. The tour ends with visiting the Wawel Hill.

The Main Square (Rynek Główny) is located in the heart of Krakow. It is one of the largest medieval town squares in Europe, surrounded by the historic townhouses. The St Mary's Church with two iconic towers, the Cloth Hall (Sukiennice), and the Town Hall Tower are the most famous symbols of old Krakow's architecture. Walking through the square, one may not realize that under the ground there is a museum presenting the remains of an old city. Since its creation, the level of the Market Square has raised, in some places by over 5 metres (16 ft). The “Rynek Underground” tourist route, featured with models and multimedia, leads between the stone and brick walls of the cellars of former trading sites, presenting not only Krakow’s rich history, but also the connections between the city and mediaeval Europe’s chief centres of trade and culture.

The Wieliczka Salt Mine is one of the most exceptional places in the world. It was founded in the 13th century and runs continuously until today. In 1978 it has been included in the first UNESCO list of the World Heritage Sites. The mine offers the possibility to see magnificent chambers and chapels chiseled out in rock salt, underground saline lakes, timber constructions and unique statues sculpted in salt. The Chapel of St Kinga, decorated by chandeliers made of salt crystals, is the most beautiful and the largest chapel in the mine. It is worth knowing that the temperature underground ranges between 14° and 16° C and there are 800 steps to climb, with the first 350 leading down into the mine.

Pieskowa Skała Castle is one of the most beautiful and best preserved castles in Poland. It is located in the Ojców National Park, about 25 km from Krakow. Since the fourteenth century, it had functioned as a castle guarding the trade route from Krakow to Silesia, being part of a chain of fortifications called the Trail of the Eagles' Nests. In the mid-sixteenth century it was rebuilt in the Renaissance style. Currently, it houses a museum that is a branch of the Wawel Royal Castle – State Art Collection. The castle delights with arcaded cloisters, loggia with a clock tower, gothic tower and, above all, a picturesque location. The nearby terrace offers a magnificent view on the reconstructed garden terraces and the Prądnik Valley with a characteristic limestone rock, called Maczuga Herkulesa (Hercules' Cudgel).